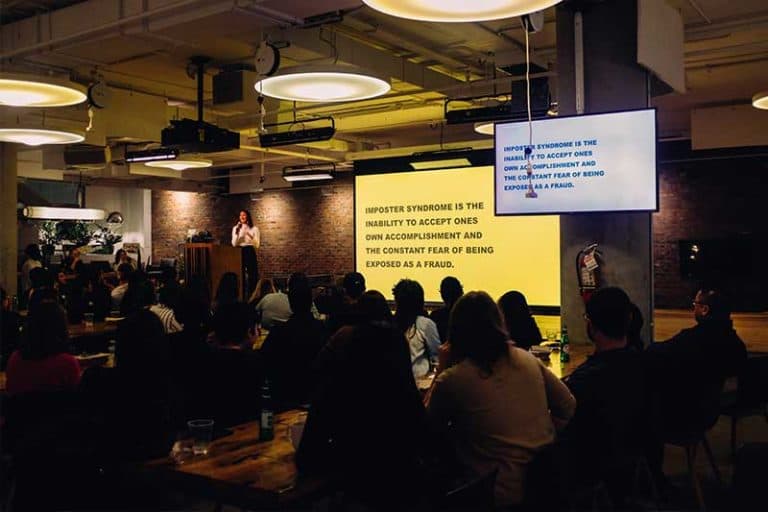 Public speaking is a valuable skill for any student to master. It teaches valuable people skills, gives you the confidence to face your fears, and become more expressive in front of an audience. Research has also shown that public speaking can help improve other skills like reading comprehension, communication, and self-confidence.

Public speaking also helps students build their confidence, courage, and composure. This is because public speaking requires you to face your fears and become comfortable with being the center of attention. In order to succeed as a public speaker, students must be able to handle criticism from their classmates or from those people who have been assigned as judges for their presentations.

Because public speaking teaches social skills that are so vital in today’s society, it is not surprising that researchers have found a relationship between a person’s ability to speak publicly and his or her future success in life. According to several studies done on this subject, excellent speakers usually go on to successful careers, while poor speakers often struggle throughout their lives with employment difficulties and interpersonal relationships problems.

In order for individuals to excel at public speaking, they need certain traits that they can acquire through practice and experience. These traits include having a passion for their topic, knowing how to manage stress during the speech, being able to think on your feet, and being an effective listener.

Why is it important for students to speak?

Who doesn’t love to talk and connect with others? It’s so exciting and fun, and we can get to know other people better by chatting. Some of us might even choose to avoid speaking because we want to be left alone or we don’t want to bother anyone. But what does that say about us?

Being able to speak is such a fundamental part of how we communicate, but many people overlook this skill. There are some who just can’t express themselves well enough in words to convey their thoughts and feelings.

This may put them at a disadvantage in school or at home when they interact with others. People should make more of an effort to practice communicating verbally because it’s crucial to all of our interactions. Let’s take a look at how this is connected to everyday life, and why speaking up is so important.

First of all, not being able to speak clearly can be a threat to one’s education. Some students might struggle with their words because they have speech impediments or another speech problem-such as stuttering or lisps. However, that doesn’t mean that they’re incapable of doing well in school. They may just need some assistance from a teacher who would provide them the proper tools they need to express themselves better…

But sometimes even those who don’t have any kind of speech impairment can have difficulties with communication at school. It might be hard for them to participate in class discussions or speak up in front of their peers. That might make it difficult for them to grasp the material they’re learning and do well on their tests and assignments.

Thus, we can conclude that speaking is a crucial skill because it has such an impact on our basic ability to learn new things every day!

It’s not just about how we interact at school, though-it also affects us at home. We come home from work every day, eager to relax and spend some quality time with our loved ones. However, if there are people who aren’t able to express their thoughts and feelings through words (not even with their family), then how could they be considered great members of society? They shouldn’t be expected to participate in conversations and the like.

They should be able to talk about what they’re interested in or what’s going on in their lives. Otherwise, it would feel as though there’s a barrier between them and those around them. It would be difficult for any kind of relationship to grow if one person can’t express themselves well enough, wouldn’t you agree?

That’s why speaking is such an important part of our lives! The next time we go up to someone and try striking up a conversation, we should make sure that we listen attentively because it could change everyone’s life. We might even learn something new from the other person and develop a better understanding of ourselves and others!

Does public speaking boost the confidence of students?

Learning to speak in front of large groups is a crucial skill for students to learn, not necessarily because it will help them get their dream job, but because it helps boost confidence. For example, presenting oral reports in front of the class has helped many students excel in their education and progress into successful adults. Public speaking also helps clear up misconceptions.

Whether it is giving a presentation on how to properly treat people with disabilities or teaching children the dangers of drug use, public speaking enables an individual to have a voice and be heard.

Public speaking can also help develop life skills. Many students hesitate before standing in front of the class because they are afraid of being judged by their peers. Some are even afraid that other people won’t agree with what they are saying.

However, this makes them more cautious about what they put out into the world. Public speaking helps individuals formulate ideas within their mind then turn them into reality through speech or writing, which will make them less likely to lie for example.

Speaking up also helps boost self-confidence as many people feel empowered after delivering a speech successfully. It’s like a public pat on the back: “Hey, I liked what you said and you seem like an important person”.

Anyone can benefit from learning how to speak in front of groups as well as working on their speech-making abilities. It’s not too late to join a debate team or become part of the student council; those organizations can help build confidence and improve presentation skills. Public speaking is one skill that people must learn, no matter the age because this world is all about being able to express yourself and be heard.

It has been proven that individuals who experience success early on are more likely to succeed in life than those who do not. For example, students who give presentations are more likely to continue public speaking in the future because they have experienced success with it early on in their lives.

Giving presentations in front of large groups has also helped many people land jobs through impromptu speeches given at job interviews. It is clear that learning how to speak in front of large groups can change someone’s life for the better, but only if they are willing to learn. Public speaking skills can be learned by anyone simply through practice and perseverance – what you put out into the world is all up to you!