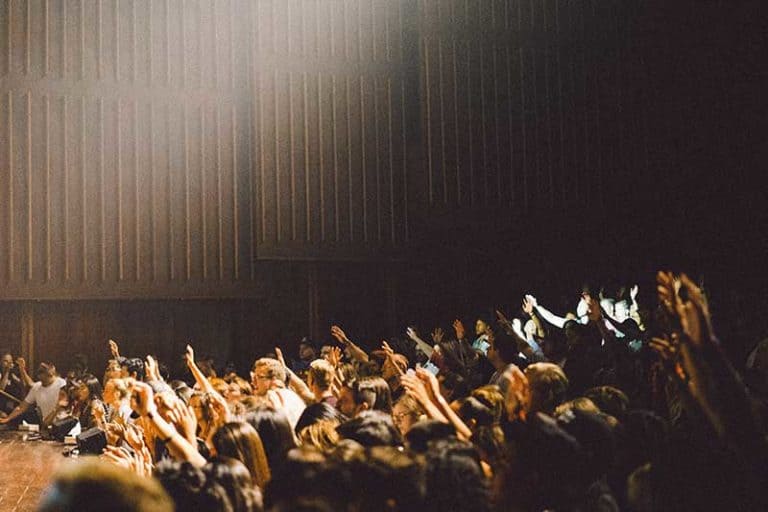 For many of us, the idea of speaking in front of a crowd of hundreds or thousands of people is petrifying. Whether it is our first time giving a presentation, public speaking for our career purposes, or simply stalling before an intimidating dinner party audience; talking to others can truly become debilitating for some people! Public speaking anxiety is a blanket term for many different fears, and they can be broken into two categories: irrational and rational.

The fear of public speaking can range anywhere from very mild to severely debilitating.

A few examples of the more rational fears would include those such as: fear of standing out; fear of being judged; and fear of general discomfort.

The fear of standing out can cause individuals to be very self-conscious in a group setting, and it is often the reason behind avoiding social situations and speaking with others. The fear of being judged can be crippling because if we believe that we will be laughed at or scorned by our peers, we will be far less likely to expose ourselves and our ideas. The fear of general discomfort can lead to a number of other fears such as the fear of not being heard or understood, which is why many people will stammer and trail off during conversations.

A few examples of the more irrational fears would include those such as: fear of vomiting; fear of passing out; and the fear of dying.

The fear of vomiting is an interesting one, because no one actually wants to vomit in a public space, but there are people who panic at the thought that they might. The fear of passing out can be caused by anemia or other physical conditions, but it can also be brought on by anxiety. The fear of death seems like a bit of an overreaction, but there are people who think that they will die because of how embarrassed or terrified they are in front of crowds.

The Causes of Public Speaking Anxiety

Now that we’ve gone over the two classifications for this type of fear, we need to look at some of the causes that lie behind it all. Ultimately, many different types of phobias and mental health disorders can cause public speaking anxiety, so try not to jump to conclusions about what someone might be going through based on their fear alone.

There are some environmental factors that could possibly contribute towards the fear as well, such as having a mother that was overly critical or emotionally distant during childhood. Also, if someone has been bullied at school for being too nervous to participate in class activities, they can pick up the habit of avoiding any and all tasks within their comfort zone.

The main cause behind this type of anxiety is often psychological rather than environmental or physiological; this is most likely due to a variety of factors that we might not always be aware of. Some possibilities could include: Someone experiencing a traumatic event in their life such as the death of a loved one, accident, or break-up; someone who has experienced abuse or neglect during childhood; and/or someone who was strongly encouraged by their parents to perfect their public speaking skills.

As you might have noticed, there are a million different possible causes for this type of anxiety, but thankfully there are plenty of options out there to help! Some people try cognitive behavioral therapy or make lifestyle changes in order to cope with speaking in front of large crowds. People who suffer from panic attacks during these types of events can take beta-blockers to prevent physical manifestations of anxiety. The fear of death can be treated by a medical professional who might prescribe anti-anxiety medications or sedatives.

In the future, if you ever come across someone who seems to have an irrational fear regarding public speaking, remember that there is no “right” way to speak, and everyone is different. It’s important to be sensitive towards others’ feelings and treat them as an individual instead of assuming that you know everything about their personality just from what they say or do.

People who struggle with this type of anxiety can benefit from having a few coping mechanisms in place before going into a public speaking engagement. A few things that you can do to help yourself relax are: take a few deep breaths, distract yourself from your surroundings, or talk to whoever is watching you perform.

If you are someone who struggles with this type of anxiety, remember that there are always people who will support and be understanding rather than critical of you if you falter!