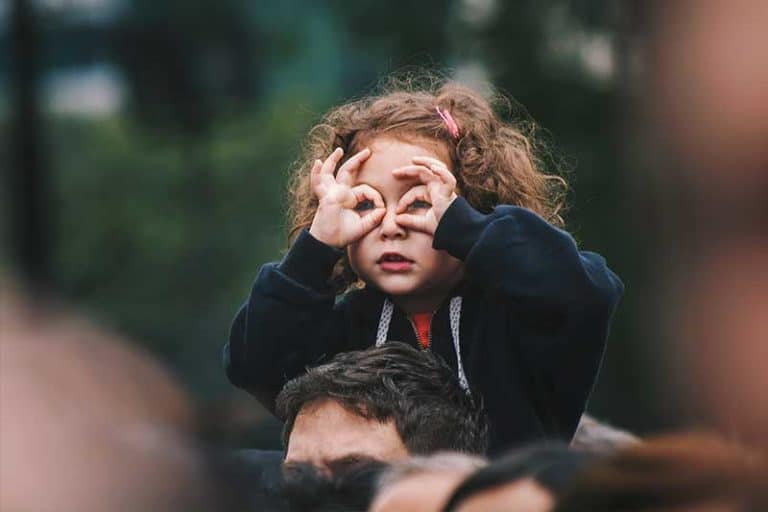 Public speaking is an important life skill that should be taught to children at a young age. The ability to speak well in front of large crowds can lead to great heights in their careers, and they will likely have more opportunities available to them if they are good at this art form. It is never too early or too late to start learning or practicing public speaking, so let’s explore why it’s so important!

Do you remember your first school speech? Maybe you got up in front of your classmates and showed off your acting skills in a play, or maybe you were in jeopardy of not making it onto any activity teams because no one thought you could give an effective presentation.

Public speaking is something that can make even the most self-assured person jittery. But the truth is, there are few better things you can do to set yourself apart from other job applicants or help get ahead at work than practicing how to stand in front of people and look them in the eye while delivering a message clearly.

The ability to speak well before others come with many benefits, including employment opportunities (the National Journal reports that 36% of executives say they’ve given promotions or pay increases to employees who were effective speakers). Public speaking is also an important skill if you want to be a politician, musician, teacher, coach, writer, and the list goes on!

So how do you help kids build skills in public speaking early on? It’s not as hard as you might think. You can start by having them make presentations at home about their favorite books or toys; these are usually short and won’t overwhelm the children. Once they’ve mastered this task, it can be fun to try out new material that is more complex (shows notes first) but still appropriate for their age level.

If your child seems particularly nervous when talking in front of people, there are some tricks that may help him or her relax. You can have your child tell a joke or quote a funny line from their favorite TV show before going into the main part of the presentation, which will make them feel more confident and less intimidated.

And of course, it’s also important to remind your child that no matter how nervous they are feeling, you’ll be proud of them for taking the risk to speak publicly.

It is never too early or too late to start practicing public speaking! There is never a time when a person shouldn’t try to improve upon their ability to communicate effectively with others.

Whether you’re teaching a class on writing at the local community center or starting up a book club at church, everyone has something valuable he or she can teach others – and this includes the ability to speak well in front of people.

If you want to see your child’s confidence soar and put him or her on a clear path for success in life, teaching them public speaking is the key. It may be challenging at first, but it will end up being well worth the effort!

How can I improve my child’s public speaking?

Speaking up in class is a task that every child often confronts, but there are ways they can learn to do it better.

Every day, children go to school and enter their classes, sitting down and listening, rarely saying a word. When the teacher asks a question, they sit still without talking for as long as they can before finally raising their hand with an answer at the very last second.

This behavior from young kids is something many teachers have become used to overtime as they grow accustomed to the silence. But this behavior isn’t always appropriate sometimes it’s necessary for them to speak up immediately even if that means interrupting the teacher or creating a scene.

Open-ended questions are ones that don’t have a simple answer, and which require complex responses. Some examples include: “Why do you think so?” or “What was your favorite part?” They force your child to use their imagination and creativity as well as think carefully before speaking.

Your children will be more willing to speak up if they’ve had time to think of an appropriate response rather than spouting out the first thing that comes to mind. Children should practice this behavior at home wherever possible until they feel comfortable doing it in school.

In addition to using open-ended questions, parents should also make sure their children are using a good speaking tone of voice. Does the way your child speaks make others want to listen? Children often fail to realize how their tone of voice impacts others, thus they need to learn how important it is! How can you go about teaching them this?

The best thing is to role-play with them at home and then provide positive feedback when they do well. It’s always better when parents compliment in public in front of friends or family instead of in private in order to encourage children even more.

Finally, making sure that children think before saying anything is also an essential part of helping them speak up in class. Parents should ask their kids questions so that they have time to think about their response such as: “What do you think about this?” so that they don’t feel pressured to speak. Other examples include: “Are you willing to share your opinion on the subject?” or “Would you like to take a guess?”

The tasks of speaking up in class and thinking about what we say can be made much simpler if we utilize all three techniques of utilizing open-ended questions, using a good tone of voice, and motivating our kids beforehand. These steps will prepare young children for success at home and at school!

As the year begins, kids are expected to get back into their school routines. One of these activities is public speaking. It seems simple enough, but it’s actually a really great life skill worth cultivating in today’s society.

Here are 5 ways you can get your young children involved in public speaking activities early on so they start thinking about this valuable skill.

Starting a club for younger children after school is a great way to get them used to the idea of making speeches and presentations early on in life. You see actors constantly appearing on TV or radio shows or giving live readings from books when they’re young, and it does wonders for their confidence when they begin reading out loud or speeches at home too- not just in front of their class or in a public speaking club.

Smaller children will be far more comfortable making speeches and reading when they’re used to it at home, especially with friends and family. Make sure you make the experience as fun as possible by encouraging them and getting involved too, without putting too much pressure on them; they’ll learn best if they enjoy themselves!

You can also try improvising games that get your child used to moving around in front of an audience- like acting out a story together in different roles.

Young children (and older ones!) may not yet feel capable of picking up the rights of others themselves, but the Citizens Foundation here for just such children who are still learning can be an amazing experience.

The organization has different clubs in different cities that are held after school, during which children come together to not only discuss things like basic rights or current issues but also get involved with activities like debate competitions where they work through tough problems and learn more about what they believe in.

It’s a great way to encourage your child’s confidence while also making sure he/she gets used to speaking in front of people early on in life by encouraging them to organize the discussions themselves!

This national competition aims towards promoting equal opportunities for every child and is a fantastic way to get your children used to public speaking. Younger children can also participate if they want- it’s actually difficult to judge the age limit of participants!

The club begins by encouraging children to start thinking about their own opinions on different issues, whether they be big ones like poverty or little ones like what time dinner should be served.

Children then write down their thoughts and personal stories as small essays before getting back together as a group and reading them out loud. This is a great experience as it not only gets your kids used to speaking in front of people again but also encourages them to express themselves clearly with confidence. They can even win prizes at the end of the competition based on how well they did!

Another great activity is by hosting a “write a play” day with your kids at home. You can pick a topic together and get them thinking about the characters, plot and possible twists they could add-in to make it more fun!

This will help get them used to speak out loud again while also encouraging them to think critically about their surroundings too. Plus, being creative never hurts anybody!

Remember that the most important thing is regular practice! It doesn’t matter what activities you choose as long as you’re getting them used to speaking in front of people and with confidence.

No activity is completely pointless either and can always prove useful- and if it’s fun too, then why not encourage your child to keep doing it again and again? So don’t be discouraged if they find public speaking difficult at first- it’ll get easier with time so long as you continue practicing. Cheers!