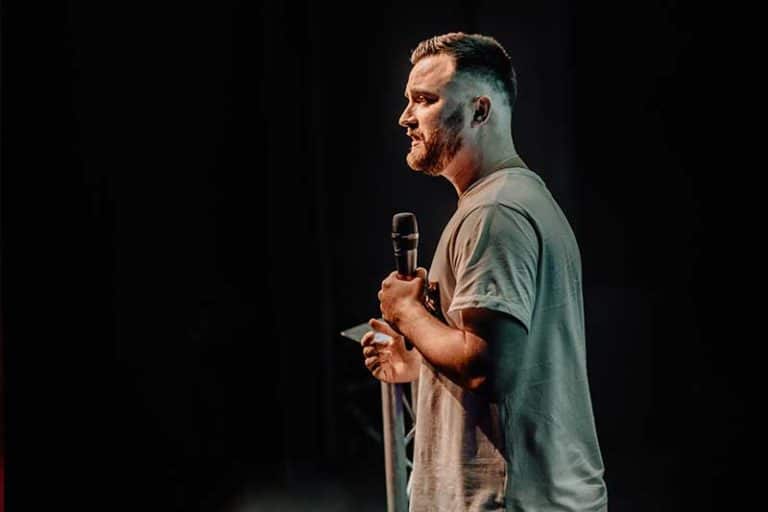 Getting a speech going can be very difficult at times. A typical audience member might have no idea who you are, and might not care about the topic of your speech. In order to break this barrier between speaker and audience, you should try starting off with a joke! This way the audience will feel more comfortable with you being up there talking. Also, if the joke goes over well, they will be more likely to like you and stay engaged for the duration of your speech.

Below are some jokes that might get your audience to laugh and make them interested in what you have to say.

1. “Ladies and Gentlemen, I was very honored when I received the invitation letter to come speak to this group this evening. But I must admit, I didn’t expect so many of you.”

2. “What did the magician say to his business partner?” “You may think I’m magic, but today is our day off!”

5. “This is my first speech tonight, and hopefully not my last.”

6. “What time is it when an elephant sits on your fence?” “Time to mend the fence.”

7. What did the judge say when the skunk walked into the courtroom? “Odor in the court!”

8. “I just came from a job interview, and I definitely won’t be getting that position.”

9. What do you call a penguin who’s just been promoted? “Sir-penguin”

10. How do you keep your shoes from going black? “Take them to the tannery!”

11. Why did the scarecrow win an award? He was outstanding in his field!

14. Two antennas meet on a roof, fall in love and get married. The ceremony isn’t going too well, so the priest asks if they want to try again. The antennas agree but are interrupted by thunder and lightning, so have to take shelter under a nearby tree. A squirrel runs up excitedly with an acorn and tries to give it to the female of the antennas, who is now very upset at her husband for revealing their secret location!

15. “What kind of music do they play on the radio station that never plays any music?”

Ice breakers are a great way to start off any speech. If the speaker just got up there and started talking, it would seem awkward and forced. The audience also wouldn’t know how to react and might feel uncomfortable with you just yet.

Starting out with a joke makes everyone laugh, and then they can listen to what you have to say without feeling stressed or intimidated. It’s kind of like on TV when the teacher gets up in front of the class on their first day! They usually use an ice breaker such as asking for someone’s name, etc., so that they can get to know the students before starting on their lesson plan later on in the day.

How do you start a fun speech?

An ice breaker is a great way to start your speech. Using jokes, stories, and intriguing anecdotes are all great ways to get the attention of an audience.

Ice breakers can be very fun and enjoyable to create. Making up a new one every time you present a speech is overrated, but there are some that can be reused with different variations. For example, you could ask people in the room what their favorite ice cream flavor is and then give a story about how that flavor represents them or represents what they like.

Ice breakers also let the audience know that you are no expert and do not expect too much from you, because it is a known occurrence that sometimes speakers do poorly; therefore, making an ice breaker shows the audience that this may happen but understand if it doesn’t. However, it is better for a speaker to never bomb a speech, so revision is key.

Ice breakers are simple ways to engage an audience. It can also help them get to know each other on some level, which may be the only thing they take away from your presentation. Sometimes it’s just nice for people to connect with one another.

You do not have to worry about your ice breaker being the highlight of the presentation. There are bigger things to worry about like making sincere eye contact with everyone in front of you, not saying too much or too little, and having good body language. An ice breaker can be used as an introduction to set up what comes after it; for example, this is what my speech is going to be about.

An ice breaker can also help if you feel like you don’t want to do a presentation at all. Ice breakers will engage the audience immediately and give them something they can relate to that will make them open up more. You might end up with some great questions!

So keep your sanity intact by doing an icebreaker every now and again! It will make doing presentations a whole lot easier.