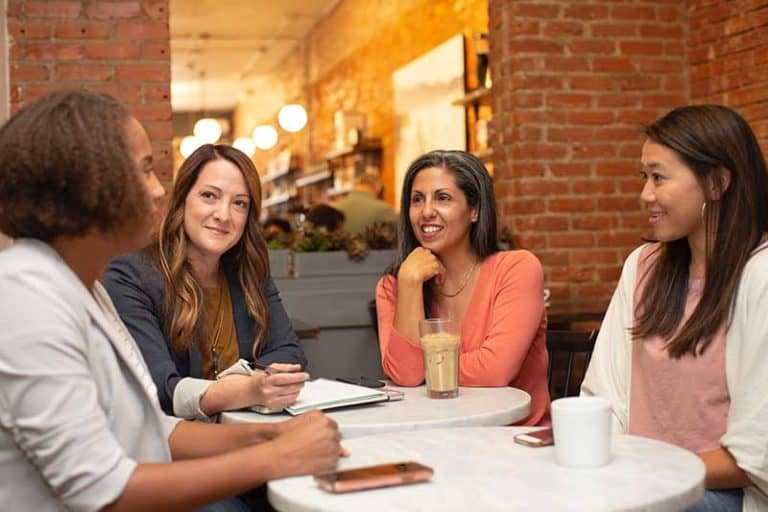 Public speaking is one of the most nerve-wracking things that we all have to do. Whether we’re giving a speech in front of our class or at a business meeting, it’s not easy to stand up there and talk about what you want.

But doing public speaking doesn’t mean we can’t do it anymore! We just have to get used to it.

As someone who loves games and activities, I know that getting us ready for public speaking can be fun! Since we all love playing games (even adults), why not make this activity more like a game? Here are 20 ways you can get yourself comfortable with standing up in front of an audience and saying whatever you want:

You could start off by asking the audience to say the first word that comes into their head, or ask them to pick out an item among many and talk about why they picked that one. You could also use the first word in a sentence, or start off with a story. It’s totally up to you!

Start off with a funny story – make sure not to share it if it includes someone else. If you do feel confident enough, you could say your name and what the speech is about. For example, I’m Mark and this is my speech about why I hate cats. Now you know who the speech is about, let’s move on to…

Imagine you’re a funny character or animal that everyone likes – try to change your voice to sound like them, and capture that same tone! If you don’t mind sharing with the class why this person is made fun of, you could also start by telling an embarrassing moment involving them.

It’s the most common advice people tell you when starting off, but it’s turned into a cliché because it works! It could be anything from dancing to ‘whooshing’ on the floor. Just have fun and forget all about your worries right now.

What’s one thing that makes everyone laugh when they see it happen? Falling over or doing something embarrassing! You can say what made you nervous before this speech, like walking up here was pa-too much for me. I’ll just stay down here instead (and fall to the floor).

You can ask members of the audience to pick out an adjective and adverb, then get up and act them both out! If someone chooses “angrily”, you could start off by yelling at two other people in front of the class who did something silly. Then, for your adverb choose a witty or creative way of saying it.

Everyone gets emotional sometimes – whether they’re happy, angry, sad or excited. Use this game to bring out all of these emotions in yourself to make sure you’re comfortable speaking when you’re feeling any of them. Start off by talking about your favorite memory, then move on to the worst day ever that you experienced.

Choose a name from the audience and talk about them for two minutes without mentioning who they are. If someone asks you who you’re talking about, say ‘I can’t tell’. By being so secretive towards everyone else, it will make it easier for you to speak in front of people when you don’t know who’s listening!

This can be used if two or more of your classmates are giving speeches at once. Choose one person to look over at every few seconds while they’re speaking – whether it be because he or she is standing funny, or has a particularly interesting feature that you want to stare at. I’m not saying it’s going to be easy, but this will help get your mind off yourself and onto someone else in a friendly way!

Start with the end of a story and work backwards! For example, you could say “I woke up last night in my cozy bed”, followed by “but when I looked around, I realized that I wasn’t in my bedroom!” Because we know how stories typically go from our past experiences, this can add an element of humor when people don’t expect the ending. Just make sure you have something clever lined up for the beginning too!

You can do this one with classmates as well. Think of someone who you’re not the closest to, but would like to say something to if they were here right now. Then, imagine them talking about themselves in the third person! How would they introduce themselves? Which words would they use to describe their personality?

This game is similar to number 9, except it can be used alone too. Work on remembering details about everything that has happened today – what time you woke up, what you had for breakfast, where you went before school etc. Once you’ve got past all of the mundane stuff, think of something more interesting that made your day! If someone asks you “What’s your favorite breakfast?” You could reply “It’s a secret!”. This will be fun and it’ll help you remember all of the things that happened throughout the day.

If you’re worried about forgetting what you were going to say, try and predict what some of your classmates’ questions might be first. Will someone ask “What inspired you to do this?” or “How long did this speech take to make?” If you know what some of their key points are for asking questions, then it won’t be as nerve-wracking when they raise their hand in front of everyone.

You don’t necessarily need to memorize an entire speech – just pick out one line that really resonates with you and work on memorizing it. If someone asks you “Can I add one thing?” Have your line ready to go! Then, when you get up onstage, not only will the audience be impressed by how prepared you are but you’ll also have a safety net in case of any stumbles.

For this game, all you need is a pen and a piece of paper! Jot down a few things that might stand out while giving your speech – crossing your legs while standing at the podium or playing with your necklace while speaking into the microphone. Follow these things through so they happen during your presentation to get used to being comfortable while making spontaneous gestures.

Everyone knows that suspense is key! Try to leave the audience with a cliffhanger that will have them begging for more. “And that’s how I turned into a cat”, or “The end – for now!” You can even make it super cheesy and say something like “I’ll be back after these messages from my sponsor”! This may not work for everyone, but if you’ve got a flair for dramatics then this is an excellent way to spice up your speech.

If you’re worried about what to say and when to say it, try thinking of several possible words and phrases that might pique your interest during the speech. Write them down on paper and circle each one as if they were lottery numbers – no two can overlap! Then, as you’re giving your speech, pick out a couple of these words and phrases and use them to help solidify some ideas!

This game is great for those who might freeze up on stage. Work on standing in front of the mirror and saying “but” followed by something positive like “I’m excited!” or “I’ll do my best!”. This will help you build up confidence so that when you get onstage, instead of freezing up at negative thoughts, you can bounce back with statements about yourself.

Instead of thinking about what they want to say try thinking about what they would want to know from the person they’re listening to. What would they want to know about the topic, the person giving the speech or even what other people may think? By thinking of questions first you can stand up there with confidence knowing that every time you pause for breath, someone is likely to ask you something!

20) Create your own game

If none of these games fit your style then go ahead and make one up. It doesn’t need to be complicated – just something that will help you feel more at ease while speaking in front of an audience. Try using number 18’s “but…but…bounce back!” only instead of saying good things about yourself, say bad things about yourself. You could also try playing a quick game of I-Spy where every time you see something red in the audience you say the word “red”.

After completing these games, get up there and give your speech. Don’t worry what anyone thinks about you; just get it out there! As they say “the worst thing that can happen is that you’ll be fabulous!” So go ahead and get on with it! And always remember: if you’re not ready to speak publicly then don’t do it alone – either ask someone else or wait until you are ready before giving your speech.

Give yourself time to plan things out and try some of the exercises listed above so when the day comes for your presentation, everything will run smoothly. Good luck!