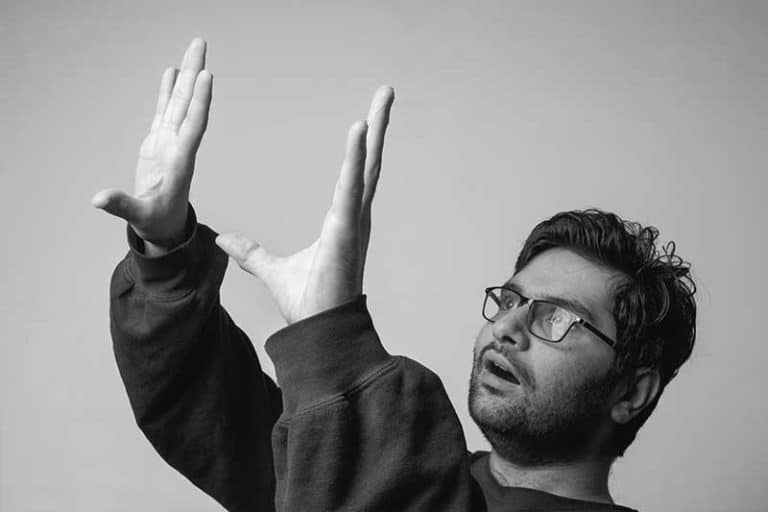 Have you ever listened to a speech and found yourself thinking about the speaker’s hand movements more than their words? If this is the case, you are not alone. Public speakers often worry about what gestures to use, when to make them, and how many they should make during a period of time. It can be overwhelming at first because there are so many ways to use hand gestures, but it is important that you do.

Gestures are movements made with your hands or arms. They can be used to emphasize points, give examples, and summarize parts of your speech. There are different types of gestures such as open-handed, closed-handed, small motions, quick motions, tight fists, etc.

The most effective gestures are open-handed because they allow the audience to see your hands easily, not distract them from their ability to hear you, and appear more friendly.

Gestures play a large role in public speaking because it helps the audience understand your message on a deeper level. When an audience can see what you are doing with your hands or arms, you are forming an image in their mind associated with the words being said.

For example, if you say “I love my dog”, during this time people would expect you to make some sort of pointing gesture towards the ground as if you were scratching at something on the floor. Gestures also help paint a picture in your speech that will create interest in what is being said.

People are very good at picking out certain words that help them understand the whole picture. For example, if someone asked you to describe a desert, you would have trouble doing so without mentioning sand because it is one of the most important components. The same goes for public speaking; people will expect keywords to be accompanied by specific hand gestures.

Generally, speakers use gestures in four different ways: illustrators (targeting objects), regulators (controlling the tempo or speed), motivators (moving quickly or slowly during emotional parts of speech), and beaters (used to emphasize certain points). These do not always happen in these exact categories, but they can appear in any combination throughout your speech.

One way speakers generally use gestures is as an illustrator. An illustrator is used to target objects or people, and can help the audience visualize what the speaker is talking about more clearly. For example, if you were describing a dog chasing its tail but gesturing towards yourself instead of an image of a dog, it would be harder for the audience to see what this looks like because there isn’t anything in particular that they can relate it to.

Another way speakers use gestures is as a regulator. A regulator controls the tempo or speed of your speech by speeding up or slowing down certain parts of your speech to sound enthusiastic about important information.

For example, when you are telling a story about something exciting that happened to you on vacation, you will likely emphasize those words with gestures so that they sound more exciting to the audience.

Last, speakers use gestures as motivators. A motivator is used to move quickly or slowly during emotional parts of speech, such as when you are speaking about your favorite color being red. Speakers will often use larger movements for these words so they appear bigger and more energetic to the audience.

One very helpful gesture is known as a “beater”. This type of gesture is used to emphasize certain points by using motions that make sounds like clapping or snapping your fingers.

For example, if you were speaking about how much you love wintertime, you might use clapping after describing how pretty it looks right before it snows; this has the effect of increasing excitement in what you are saying which helps to keep the audience engaged.

In conclusion, gestures play a large role in public speaking because it helps promote understanding on a deeper level and allow the audience to see what you are trying to say by forming images that go along with your words.

In addition, there are four categories of hand gestures: illustrators (targeting objects), regulators (controlling the tempo or speed), motivators (moving quickly or slowly during emotional parts of speech), and beaters (used to emphasize certain points).

Is it good to use hand gestures in public speaking?

So, you’re about to give a speech and you wonder: Should I use hand gestures while speaking? Allow me (and the experts) to answer with a resounding “yes”!

When done correctly, using hand gestures can help make your speech more interesting for your audience. You might be wondering how it would be possible for someone like yourself to add hand gestures to your speech when you’re giving it in front of a group.

Well, the answer is that the tone and volume of your voice will help provide this aspect of communication when you’re speaking to an audience. Simply put: If you speak louder, then use your hands more; if you speak softly, then useless hand movements won’t be distracting.

Another type of hand gesture is illustrated by how you might point out certain aspects of information, such as the key points in your speech. This type of hand movement is different than those that are used to keep people’s attention and maintain their focus on what you’re saying.

Using hand gestures can also help enhance the meaning behind your words. For example, think about someone who uses raised eyebrows when she talks about something great or happy; those expressions can communicate a completely different meaning than what her words say.

If you want to use hand gestures while giving a speech, regardless of whether it’s impromptu or prepared ahead of time, there are some do’s and don’ts to consider:

So, should you use hand gestures while speaking? Well, the answer is “yes”. They can be a very effective way of adding to your speech and can make it more interesting to those who are listening. Just remember that you don’t want to overdo this aspect of communication; keep the overhead movements at a reasonable size and pace.

How to practice hand gestures

Hand gestures are a crucial part of communication. When we speak, we naturally use our hands to add extra meaning to what we’re saying. Let’s take the word “exorbitant,” for example. If you wanted to say that an amount was high and went beyond your expectations, you might make the sign for exorbitant.

Now think about making gestures while you attempt to explain something abstract or difficult, like the meaning of “exorbitant” or other words that don’t have a clear definition. You probably wouldn’t be able to use your hands effectively because these words are too abstract.

In order to communicate effectively, whether in a business presentation or casual conversation, you should be using gestures to add meaning and clarity. Here are a few hand gestures that will help you speak more clearly.

The sign for “exorbitant” is made by touching the thumb and index finger together while keeping the other fingers extended. This gesture specifically describes an amount going beyond what is expected. You could also use it when talking about costs at restaurants or hotels or when discussing your salary!

Other common gestures include: pointing with an open palm, making a fist with one hand and knocking on it with another fist, holding up one hand in a stop signal, crossing arms over your chest to indicate being stubborn, or even scratching your ear if you’re confused about something.

With a little practice, these gestures can also help you emphasize certain points in your presentations. For example, if you wanted to make sure that an idea was clear before moving on, you could point (or point and then give the thumbs up) with one hand while raising the other with all fingers extended. You could even use this same gesture to indicate that you agree with someone!

Before giving any speeches or presentations, try practicing with some friends so you can get used to using different hand gestures. While most of these are quite common, there might be some new ones you haven’t heard of yet – most hands gestures have regional variations! Just remember to smile and be confident when communicating, because body language is key to subconsciously conveying confidence and authority.

Be sure to start practicing your hand gestures today! Your presentation skills will thank you for it!