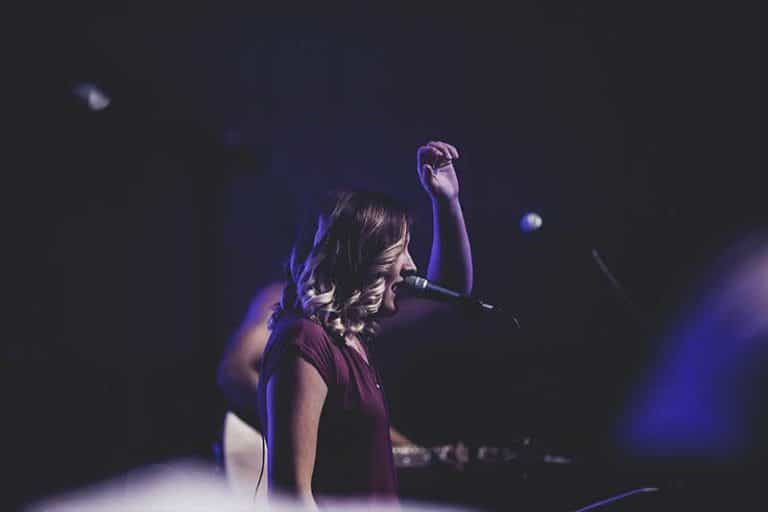 Public speaking is perhaps the most nerve-wracking situation many people can find themselves in. This is because they are not only presenting their ideas to a group of attentive listeners but also have to worry about what their body language will say about them.

We usually think of facial expressions, stance, and movement when we talk about body language; however, there are many more elements involved. Eye contact is another important element of public speaking.

How often you make it and how long you hold it can tell your audience a lot about you and your message. We know that avoiding eye contact means the speaker doesn’t feel confident in what they’re saying or that they don’t believe in their message, so we may view them as untrustworthy and unenthusiastic.

This kind of information coming from someone’s body language makes it difficult for an audience to on anything other than what the body language is communicating.

People who are confident don’t have a problem with eye contact, but those who struggle with it can use techniques to help them during public speaking. “Holding your gaze just a tad longer than feels comfortable” is one of the most commonly suggested guidelines.

This makes it easier for the speaker to look at different audience members as they speak and feel more comfortable as they do it. In addition, It’s a good idea to avoid shifting your weight from one foot to the other.

These kinds of movements make us think about what the speaker is going to say rather than listening to them, so we tune out their message – making body language even more important for this reason as well.

Even maintaining a good posture affects body language in an audience’s perception of a public speaker. It’s an easy way to communicate confidence and enthusiasm, which are the kinds of things we look for in people communicating to us.

We like to feel like we’re not talking to someone who is lazy or uninterested; these kinds of signals make it difficult for people to concentrate on anything other than what the body language is saying.

As stated previously, there are many elements that go into good public speaking that may or may not involve body language: knowing your material, practicing and presenting with passion and energy, maintaining eye contact, etc.

However, if you don’t know how your body will respond during a presentation (and whether those responses will give off positive or negative feedback), you can turn up the volume on any other good qualities you have and still end up coming across as a bad public speaker.

The 4 types of body language

These emotions can help us communicate if we don’t speak the same language as someone else by just looking at their facial expression. For example, a smile means that the person is happy about something or that they agree with you while a frown can mean sadness or disagreement with you.

Head movements can also help us understand nonverbal communication and communicate with someone if we don’t speak their language. Head nodding can mean “yes” or agreement while head-shaking often means “no” or disagreement.

Sometimes head movements aren’t clear – it could be hard to tell what a person’s head movement really means because it depends on the context of the situation.

For example, shrugging your shoulders may mean different things depending on whether you’re trying to find out where you put your keys or how someone else is feeling.

Nonverbal communication can often be understood through posture even if you don’t understand the language.

For example, someone folding their arms may mean that they are closed-off to what you have to say or it could mean that they are nervous about something. Similarly, having your legs crossed while sitting on a chair says different things depending on whether you are talking to a teacher or on a date!

Nonverbal communication also takes place in gestures. These gestures can convey many emotions and messages depending on what gesture is used and in which context.

Some examples of common gestures include waving goodbye, brushing off dirt from clothing and “thumbs up”. It’s easy to learn these gestures because they are often used in common contexts.

When it comes to public speaking, what determines your success? The type of audience you are addressing (age, education level, etc.), the message you want to convey (facts and statistics vs. anecdotes), or perhaps how much information the audience has before the presentation begins (whether they know anything about the topic or not)?

While all these factors contribute to whether people enjoy your presentation, there is another factor that plays a role in whether an audience remembers you: posture.

When it comes down to it, if your body language during a speech is unappealing or unsure-looking, especially in front of large audiences, this can be detrimental for the performance itself.

Your body language serves as nonverbal cues for listeners; so if you’re slouched, your listeners may assume that what you’re saying is not important.

In fact, your posture while giving a speech can be more important than some of the other factors that determine success or failure.

This is because body language accounts for 55% of communication. Of this 55%, 38% comes from our facial expressions and 7% from our gestures—posture makes up the difference at 5%. While words only make up 7% of our total message, it’s clear how much body language can affect a presentation.

If you want to make sure people are paying attention to what you have to say and remember it after your speech, try out these useful tips:

With these tips in mind, as well as an understanding of what message you want to convey during your speech, you can be sure that people will not only remember what you have to say, they’ll believe it too.