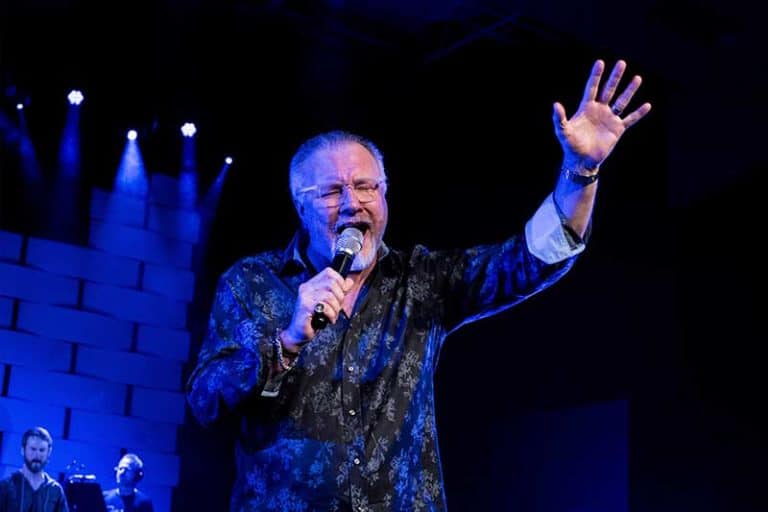 Many people wish that they could get up and speak to their coworkers, peers, and clients without feeling nervous. However, for some public speaking is not just nerve-wracking; it can be debilitating.

For example, around 75% of sufferers of Specific Phobias (i.e., a fear of something like spiders or heights) are afraid of public speaking.

Fortunately, you don’t have to go through life feeling anxiety about what you have to say! It’s becoming more and more common for people to seek out hypnotherapy or self-hypnosis as a means of overcoming their fear of speaking in front of others.

Here are some common questions that arise when getting help for this problem:

Does hypnosis work? Is hypnosis safe? And how does it work? To answer these questions, let’s first look at the history behind using suggestions to change behavior.

The father of modern hypnotism, Franz Anton Mesmer (1734–1815), believed that people fell ill because invisible “animal magnetism” could not flow properly within their bodies. He developed treatments in which his patients were said to have been “mesmerized,” and these included putting them into a trance.

Modern hypnosis is more commonly known nowadays as a means of helping people relax and focus their minds, while also making positive changes to their behavior by addressing subconscious issues or implementing certain suggestions that can help them form new habits.

Interestingly, there has not been much modern research on the efficacy of hypnosis itself (i.e., using trance states to make therapeutic suggestions). However, there is plenty of anecdotal evidence from professionals who regularly use it with clients for this purpose, such as psychologists and coaches.

Even so, many experts believe that these anecdotes cannot be used as scientific evidence due to factors such as placebo effects and the lack of a control group.

When it comes to self-hypnosis, though, you can use your own inner resources to put yourself into a trance and then implement helpful suggestions that will help you overcome your fear of public speaking.

In fact, many people have found that using self-hypnosis techniques or performing hypnotherapy sessions with a practitioner who is not specifically trained in this area (e.g., they may be more accustomed to treating phobias) does not work very well for them.

Indeed, many such practitioners do not use clinical hypnosis but instead choose methods like Neuro-Linguistic Programming (NLP), which often employs visualization and affirmation techniques – these tend to be popular because they are easier and faster than traditional hypnosis, but they can be less effective.

The bottom line is that many people have found relief from their fear of public speaking by using self-hypnosis and clinical hypnosis techniques under the guidance of an experienced practitioner.

It’s also important to note that while some degree of anxiety can help you succeed (by making you more alert and tuned in), severe amounts of anxiety-like stage fright will hinder your performance because it can cause your body to produce too much adrenaline before or during a big event.

Hypnotherapy sessions or self-hypnosis exercises are used to reduce overall levels of arousal (i.e., high and low) so that you’re only slightly nervous when speaking in front of others – this way, your mind will be clear so you can focus on actually giving your presentation.

Hypnosis is a helpful technique to have in your toolkit for combating fear of public speaking. In particular, self-hypnosis or hypnotherapy sessions under the guidance of a trained practitioner will help you overcome this debilitating fear more easily and effectively than going it alone.

What gives you anxiety about public speaking?

Everyone has felt that nervous feeling in their stomach before they have to do something important. Maybe it was the first day of school, or you had a big test at school and you felt like throwing up because of the pressure.

It’s an uncomfortable feeling that many people experience because we’re always worried about what other people think about us. But for some, this fear can become debilitating and extremely overwhelming when going out in public events such as speaking in front of a class or a meeting.

Public speaking anxiety is similar to stage fright where people worry excessively about how they’ll perform when they’re in front of a group or audience. The fear can range from being nervous to not understanding what to say, but it starts with the fear of being judged by other people.

The fear is even worse when you don’t know your topic and feel like you can’t answer any of their questions or explain what you’re talking about.

Public speaking isn’t just limited to adults, children also experience this type of anxiety as well. There is a story of a ten-year-old girl that had such bad stage fright that she wouldn’t talk in class for over a year and was afraid to go on stage during school talent shows and play practice.

That you don’t need to feel that way, but you can still do it,” said the mother after seeing a positive change in her daughter. And now she’s doing great in school because she was able to overcome her fear when things like tests were hard for her because of stage fright.

Public speaking anxiety is common in people, but there are ways that one can reduce their fears when giving speeches or presentations in front of others. First off, many people who experience this type of anxiety don’t realize how common their problem actually is until they talk about it with others like their friends or family members.

They tend to think that everyone feels the same way that they do which is why it’s important to talk about it and share how you feel with other people.

Some tips on reducing public speaking anxiety include:

What helps one person cope with public speaking anxiety might not work for another person since we all deal with issues differently depending on our daily lives and experiences we’ve been through, but we can’t let this stop us from doing what we love.

Remember, you can’t control everything that happens to you but you can choose how to react and deal with them since the fear of being judged by other people is always going to be a problem for those who have public speaking anxiety.

It’s important to realize that there’s no right or wrong way of dealing with this because it will take time for you to feel confident in your abilities when giving lectures or speeches in front of others.

Everyone has been through different things so the only thing that matters is how well they perform during their speech and presentations, not what happened before it. But if things get really bad for you then maybe consulting a professional would help ease some of your fears and allow you to explain how you feel in front of a group of people.

Does fear of public speaking ever go away?

Public speaking is a natural human fear that everyone experiences at some point in their life. In fact, 19% of adults experience it to such an extent that they cannot even attend a family gathering or social event without having a panic attack!

Thankfully there are ways to manage this fear and get over it entirely through the use of certain techniques designed to reduce anxiety.

In order to conquer your fear, you need to first identify what makes you anxious about public speaking. After identifying the source of your fears, begin practicing simple techniques like writing down your speech beforehand or memorizing it so that when you do actually have to speak in front of an audience, the words will flow out naturally

Another technique for reducing anxiety is by visualizing yourself successfully presenting in front of a real audience. Another idea is to start with smaller audiences and work your way up as you become more comfortable speaking in public.

If you do have a panic attack, researchers have found that some natural remedies such as magnesium and vitamin B can help calm the nerves!

In order to manage your fear of public speaking, it is best to start by identifying what makes you anxious about talking in front of people. Once you know what bothers you about speaking in public, begin using some simple techniques like writing down or memorizing a speech beforehand.

Next, try visualizing yourself successfully presenting to a real audience and finally, practice speaking in front of smaller audiences until you feel comfortable with larger audiences. If you do experience a panic attack while giving a presentation, some natural supplements such as magnesium and vitamin B can help reduce anxiety.

Now that we covered how to conquer your fear of public speaking, let’s practice!

1. Identify what makes you anxious about public speaking. This could be specific details like your ideas not being original enough or feeling unprepared to speak in front of strangers.

2. Practice simple techniques such as writing down your speech beforehand so that the words flow out naturally when you present them to the audience. Another technique is by memorizing your speech so that you can focus more on presenting than thinking about what to say next.

3. Visualize yourself successfully presenting your speech to a real audience and notice how nervous you feel beforehand but how calm and confident you are once it is time for you to present

4. Begin practicing with smaller audiences until it feels natural speaking in front of larger audiences. If you do experience a panic attack while giving your presentation, some natural supplements such as magnesium and vitamin B can help calm the nerves.

5. After practicing the techniques above, identify again what makes you anxious about public speaking. Hopefully, this time around you will feel more prepared to speak in front of new audiences without feeling any anxiety!

If speaking in front of strangers still gives you anxiety, it may not be for everyone, try looking into other jobs that require less public speaking like customer service or factory work!

If getting up on stage doesn’t bother you at all, keep doing what you’re doing but consider yourself lucky since most people get nervous before standing out in front of others!